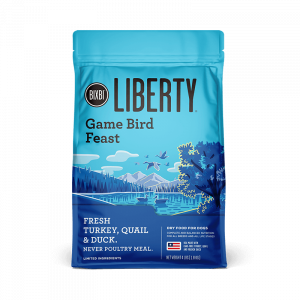 With an average score of 3.7, BIXBI’s Liberty Ancient Grains line is considered a high risk food. It’s also BIXBI’s lowest scoring line. This food averages 35% carbohydrate and 25% protein, making if the highest carbohydrate and lowest protein BIXBI food. Foods that are rich in carbohydrate can increase insulin levels, increase the risk of obesity and cause unwanted changes to the gut microbiome.

Rounding out the ingredient quality side, some foods in the Liberty Grain-Free line contain seed oils such as sunflower oil. Seed oils are highly processed and have been shown to be inflammatory.

On the ingredient safety side, this line loses significant ingredient safety points for two high pesticide/herbicide foods in the top 5 ingredients, including oats and sorghum. These crops are known to be spray dried with Roundup before harvesting and are higher in this harmful herbicide than most other crops, including GMO crops.

Like all kibbles, this line also loses ingredient safety points because it is ultra-processed. Extruded foods are heated four separate times during production, which will cause major losses in some active enzymes, vitamins, amino acids and phytonutrients. Studies shows that ultra processed foods are linked to a higher rate of all-cause mortality in humans. These foods also lose ingredient safety points for natural flavors, which are low quality ingredients with limited safety studies.

It’s also worth noting that BIXBI doesn’t not state the omega6:omega-3 ratio in their foods. While this is true of most foods, it’s unfortunate since AAFCO allows a very inflammatory limit of 30:1. The foods also contain fish or fish oil, but it’s not state whether the food is wild caught or farmed. 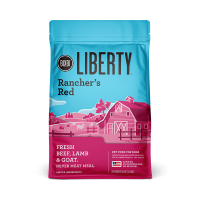 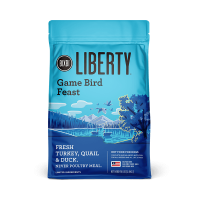